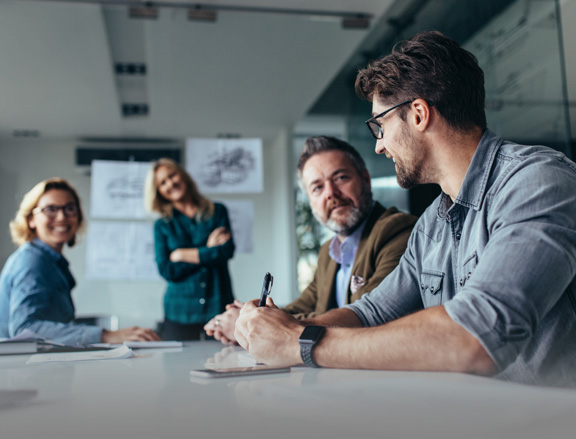 Liverpool City Council was in the market for a fully integrated IT solution following the destruction of their previous network. It was of high importance to the Council that they aim to reduce the number of suppliers and eliminate complexity where possible. TPG was able to tick all of the boxes by offering the services as requested and simplifying their business solution. TPG is now proudly the sole provider of a fully integrated solution.

“One of our requirements was to minimise the number of suppliers that we had, and TPG was able to provide all solutions under one monthly bill.” Luis Catario - Projects team leader at Liverpool City Council

Located south-west of Sydney, Liverpool City Council governs a total of 42 suburbs making it one of Sydney’s largest and busiest councils. In late 2010 Liverpool City Council faced one of its greatest business challenges to date when a fire devastated the administration building. Fortunately no one was hurt; however the data centre housed in the building was completely destroyed. In an attempt to repair the damage as quickly as possible, replacement infrastructure was put in place without any form of a business plan.

“Our infrastructure did not allow the business to operate efficiently. We had 12 remote sites all running on ADSL services and couldn’t get the high speeds that were required to access business systems.” Luis Catarino – Projects Team Leader at Liverpool City Council

The Council network then consisted of having multiple sites that were unconnected, this is a challenge that a lot of businesses face today. A consolidated network allows a business to act as one entity rather than under numerous separate networks. Liverpool City Council saw these separate networks as a hindrance and recognized the need for a consolidated network to increase efficiency.

With the recent disaster in mind, Liverpool City Council established the parameters of a new fully integrated IT solution. The requirements were: to establish a system that is standardised across all platforms with fully scalable infrastructure and services. Along with this the new system required a reliable method of data recovery for contingency planning all while remaining flexible and future proof.

Ultimately Liverpool City Council sought after a solution that could minimize its number of suppliers and create a standardised solution across all platforms. In addition to this, a fast reliable network was as well as sufficient data recovery services.

TPG was able to propose a fully integrated business solution that included all services outlined in the tender, which other vendors could not offer.

Liverpool City Council saw TPG as highly favourable as having just one supplier for all IT needs meant one bill per month. TPG proposed a multi-facet solution that could cater for the entire suite. The two key solution features were Dark Fibre and Private Cloud.

At the end of the day TPG exceeded expectations and ticked all of the boxes; it was a single company that could provide all the services that were requested by the Liverpool City Council.

“We gained efficiencies by not having to travel and centralising a lot of services. This was achieved by taking away physical environments and replacing with virtual ones.” Luis Catarino – Projects Team Leader at Liverpool City Council

The solution offered ample benefits to the Council that included scalability, flexibility, standardisation and future proofing. The new installation of TPG’s services also readies Liverpool for amalgamation with other councils when this is required.

Remote working was no longer an issue and became far more efficient going from a small 10Mbps to 2 x 100Mbps service with no bandwidth restrictions. A faster and more effective network allowed the Council to roll out their new ICT strategy as the existing platform could not support it due to lack of accessibility and performance.

The TPG solution as prescribed to the Liverpool City Council included:

The benefits of the new infrastructure included:

In shifting the complexity to TPG, Liverpool City Council has extended their gratitude and is now reaping the benefits and efficiencies they initially desired.

See what TPG can do for your business